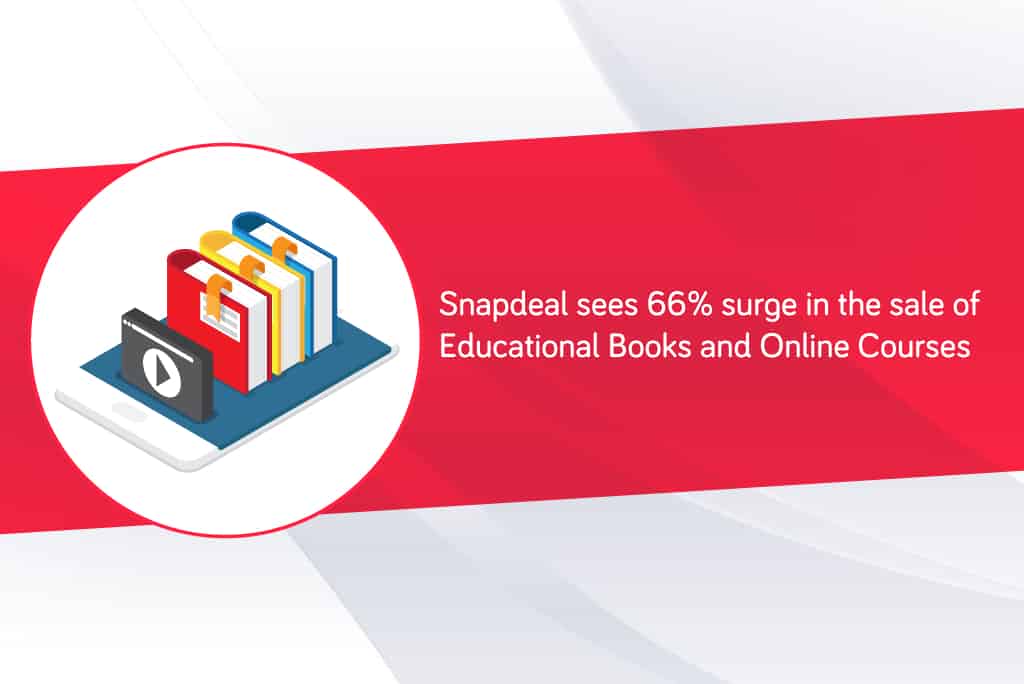 In the schoolbooks category, Mathematics was most popular in tier III cities such as Silchar, Agartala and Bardhaman.

Srikakulam ordered 7.5 times more books for the MBA entrance compared to Surat while preparation books for UPSC Exams were ordered most from Jammu and Imphal.

Thanks to increasing Internet penetration in India, Snapdeal had steady growth in orders for affordable online certificate courses. The course in Business Analytics gained popularity while Social Media and Digital Marketing courses secured most enrolments.

Overall, academic books won the battle against storybooks in tier II and III cities while in tier I cities, fiction and non-fiction were favourites.

According to Snapdeal spokesperson, “A well-read nation has the potential for achieving great heights and this trend has made us optimistic about India’s bright future.”

Snapdeal offers a variety of products to support education, including schoolbooks, books for competitive exams, professional books, fiction and non-fiction books as well as stationery and various online certificate courses.

As India’s third-largest marketplace, Snapdeal has added 60,000+ new seller-partners over the last two years and more than 50 million new listings through a structured engagement aimed at building a deep assortment of products relevant for value-conscious buyers. Currently, Snapdeal has more than 500,000 registered seller-partners, having more than 200 million listings on its marketplace.